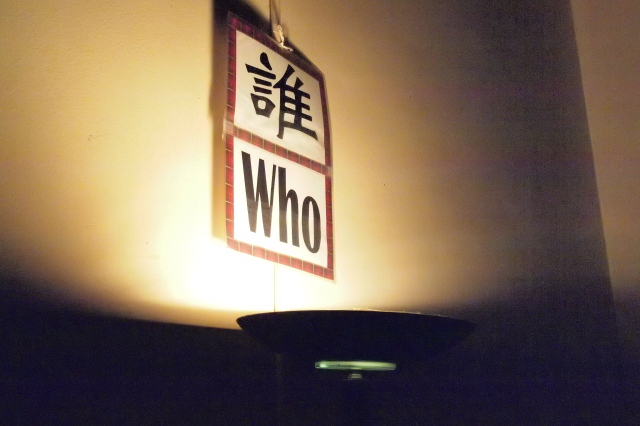 All Buddhas and Bodhisattvas, the Venerable Master, all Dharma masters, and all good and wise advisors: Amitabha!

Today is Xiaodan’s turn to practice making a report on what I have learned. If I say anything incorrectly, please compassionately correct me.

The three-week Chan session has just concluded. On the women’s side, our schedule for the Chan session was the same as years past, running from four in the morning all the way to 10:40 in the evening with a total of 11 1-hour incenses and 20-minute walking sessions in between, with the exception of the straight-incense period from 5 to 7 in the evening.

I saw that some Dharma Masters and laypeople could meditate for very long, not getting up for all seven hours in the morning and six hours in the evening. I admired their patience and endurance and wondered whether they felt pain in their legs or not?

My legs were certainly in much pain, but compared to last year’s Chan session, I did have a little improvement. Last year during the final minutes of almost every incense, I would be in pain and awaiting the sound of the bell concluding the sit, sometimes reciting the Great Compassion Mantra or the Shurangama Mantra to let the time pass faster. But this year, most of the incenses passed quite quickly, and I was no longer hoping to hear the sound of the bell. When my legs were in pain, I would try to divert my thoughts of pain, letting myself concentrate on the Buddha’s name.

In his instructional talks on the Chan session, the Venerable Master said, “When we are meditating during the Chan session, everyone has the same state: leg pain. Cultivation is not a problem with our legs, but a problem with our minds. We must cultivate our minds, constantly observing our false thoughts and returning the light to shine within. Cultivation is applying effort on the mind-ground, so it is known as a dharma-door of the mind-ground. No matter what Dharma-door you practice, the purpose is to constrain your mind to one place—in other words, it is to get rid of the false and preserve the true, always reflecting on yourself, and realizing your original appearance.

Everyone has probably heard the story of the wind moving, the banner moving, or the mind moving. When the Sixth Patriarch was preparing to propagate the Dharma, he went to then-Dharma Nature Monastery in Guangzhou, which is nowadays Guang Xiao Monastery, and saw two monastics in a debate over a billowing banner. One said that the wind was moving, another said that the banner was moving. The two kept on quarreling, and the Sixth Patriarch came over and said, “It’s not the wind that’s moving nor the banner that’s moving. It’s your minds that are moving.” It’s the minds of the two of you that are moving. If your minds did not move, neither the wind nor the banner would move. The words of the Sixth Patriarch astonished everyone present.

Whenever I felt pain in my legs during this year’s Chan session, I would attempt to observe whether my legs are in pain or my mind is in pain. If my legs are in pain, why don’t they feel pain when I die? Then it must be my mind that is in pain. But is this mind the true mind or the false mind? The true mind should not feel pain, so it must be my false mind. In that case, the pain arises from being overly attached throughout limitless eons to this body falsely comprised of the four elements. The question then is, how to divert the false mind? or use the false to constrain the false?

Everyone probably knows the story of Guangong in the Romance of the Three Kingdoms. After getting struck by a poisoned arrow, the legendary doctor Huatuo helped him extract the poison by scraping his bone. Guangong was playing chess while Huatuo helped heal him, and he was so focused on the game that he forgot about the pain. When Huatuo was finished, Guanggong did not make even a single grunt of pain; in this way, Huatuo admiringly called him a legend. From here we can see that Guangong’s mind-power was very strong, and he was unmoved by the state of bodily pain, which most ordinary people cannot endure.

Last week there was a Dharma Master who shared one of her experiences with leg pain. I felt that it was a very good example. That time, when she felt excruciating pain in her legs, she suddenly remembered a saying from the first roll of the Shurangama Sutra that the Venerable Master had written in Wordless Hall: “But examine your mind in minute detail to see whether there is a discriminating nature apart from the objects of sense. That would truly be your mind.” She then observed her mind leaving the state of leg pain and giving rise to a mind that was mindful of the Buddha, so she recited Amitabha once. Suddenly, the pain in her legs disappeared, and she didn’t feel pain for the entire day, which brought her great Dharma joy.

Once, when I was experiencing leg pain and was observing my true and false minds, I recalled one of the twenty-five sages in the Shurangama Sutra that became enlightened through pain. After the sit was over, I flipped through the Shurangama Sutra and actually found the story of Venerable Pilindavatsa, of whom the Venerable Master often told the story of him calling the river spirit his servant and telling her to block the current for him to pass.

Pilindavatsa said to Buddha: “When I initially resolved to leave-home under the Buddha and cultivate the Way, I heard the Buddha say many times that everything in the world was suffering, empty, impermanent, and without self. Nothing in the world could bring joy. One day, I went on alms-round in the city, concentrating on this Dharma-door the Buddha had taught me. While I was deep in thought, I did not notice a poisonous thorn lying on the ground and stepped on it, which caused pain to course through my body.

At this time, although I was aware of the pain in my foot, I realized that in the pure mind—the pure, originally awakened mind—there is no awareness of pain.

I then thought: Can I have two different sensations in this one body? Can I have both a sensation of pain and no sensation of pain? That shouldn’t be the case. After observing for a little while, my body and mind became empty. Within twenty-one days my outflows gradually ceased and became like emptiness, and I attained Arhatship. I received a personal verification from the Buddha, who proclaimed that I had attained the position beyond study and had become a fourth-stage Arhat.

Now the Buddha is asking every one of us disciples how we became enlightened after making our initial resolve. What I, Pilindavatsa, have attained is the state where the mind is pure and unscattered to the point that the body is forgotten. This is my method of cultivation, and I believe it to be foremost and most suited for me.

In the Shurangama Sutra, the Buddha often scolds us beings for combining with dust, turning away from awakening, and pursuing external states. Because we are unable to protect our self-natures and falsely give rise to ignorance, our true minds are covered and become false minds, which subsequently cause our original wisdom to become false knowledge and insight. Originally the true mind is limitless and boundless, pervading all places, but because we are attached to this false and illusory body, everything becomes smaller, including our scope of mind. The Venerable Master often says, “The body is only a temporary residence. When the residence has become run-down, we need to move and find another residence, so our homes are not the owner. The owner is our Buddha-natures of true suchness, in other words our true minds.

Because I do not have any personal experiences with investigating Chan, I would like to share a Chan story with everyone:

A few weeks ago, a layperson shared the story of the founding patriarch of the Caodong School, Dhyana Master Dongshan Liangjie. The first time he left his parents to leave-home at Mount Wuxie, his parents weren’t willing to leave him. In order to express his wish to leave-home, Dhyana Master wrote two letters “In Farewell to My Parents.” They still bring tears to people’s eyes even today. He received the complete precepts at the age of twenty-one.

The Venerable Master talked about the stories of many eminent monks who were free from birth and death: some left sitting, some left standing, and some left standing upside-down. Dhyana Master’s way of leaving was even more peculiar and comical.

He told his disciples beforehand which month, day, and year he was going to enter stillness, and after speaking the verse of departing from the world, he then shaved his head, showered, wore his robes, and bid farewell to the great assembly. Afterwards, his disciples could not bear seeing him leave, so they cried tearfully from morning to night. The second day they were still crying, and at this time Dhyana Master suddenly opened his eyes and scolded them, “Monastics who are not attached to anything have true cultivation. All of you who are busy for living and afraid of death, what’s the point of grief and sorrow? You are truly stupid.” He then ordered the monk in charge to hold a “Stupid Feast.”

Because everyone admired Dhyana Master Liangjie and hoped that he could live longer, they purposely delayed the time so that it took seven days to prepare the feast. After Dhyana Master Liangjie finished eating the meal with everyone, he said, “Monastics have no cares. When it is the time of death, do not cry and make a fuss.” After saying that, he returned to the Abbot’s room and left sitting. These patriarchs clearly have great freedom and ease over birth and death. We should ask ourselves when we can also be like that?