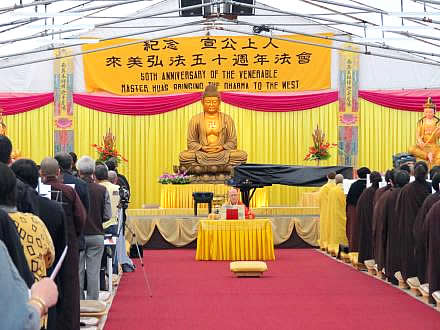 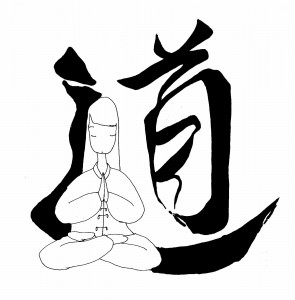 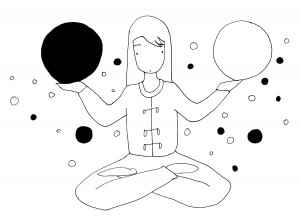 Buddhas and Bodhisattvas, the Venerable Master, all DMs, and all good advisors, Amitabha, tonight is novice nun Jin Lian’s turn to tie Dharma affinities with the assembly. In my report, if there is anything not according with the Dharma, I invite your compassionate correction.

Hard to get this opportunity to speak in the summer; without the tension and hard work  and the new semester is still on its way, I would like to say now is really a valuable leisure time for all, a good time for us to nourish body and mind. My only regret is that the weather is too hot. Every afternoon, my whole body is in the standby mode; a lot of time, spent in a stupor.  It is quite a pity. If the Master saw me like this, he would have scolded me like this: you are a piece of really useless rotten wood. You could not cultivate well and for the whole day long only wanting to eat your fill and waiting to die.

My personal practice of BD is quite short, including everything together, only six years at most. At the very beginning of my practice, I totally had no idea of what is the meaning of cultivation. Actually, until now, cultivating is still a technical term that I really could not figure it out.  My practice is just like looking at a beautiful flower in the fog or trying to get the moon in water. There is a story, I remember, a little fish asks the big fish: “I often hear others say things about the sea, but what is sea?” Big fish, says: “around you is the sea.” Little Fish is very surprised and says: “Then why I cannot see it?” The big fish, says: “sea is inside you, but also outside you, you were born in the sea, after all, you will die in the sea, the sea around you, like your own body.”

Often feels that I am just like that little sea-fish looking for the sea. She is trying so hard, so frustrated, so inverted, so helpless, almost lost her goal. My practice is as same as the pursuit of the little fish. All After all what is cultivation?  When I first moved into the temple, everything was fresh; I made a solid resolve to cultivate well. So DM assigned me to help in the kitchen in a daily base, I worked there for several months. One day I suddenly asked yourself: is this your cultivation? I did not think so. I came to study the Buddhism, why now it seemed that I came to study cooking? Working with grannies and aunties, everyday engaging with cabbage and radish, is that really my practice? The more thoughts I brought forth, the worse I felt about myself. Finally, I decided to find some DM to complain.

Totally beyond my expectation, what she gave me the first sentence was: “kitchen work is also cultivation, now days young people are very ambitious, especially those who received some kind of high education, your guys’ mind are always filled up arrogance. Working in the kitchen is helping you to learn how to cast away your self-satisfaction, and flip a new leaf for your future cultivation. Looking at your work in the kitchen, bumping and rushing all the time; looking at the vegetable you cut, no piece is in a good shape; looking at the dish you cook, messy all around, I know you are a rookie, no cultivation at all. ..” In this way, it took me almost whole afternoon to listen to her complaint about me. Finally, she said: “Han Shan, Shi De and lots of virtuous and eminent cultivators, their glories started from kitchen. You resolve to cultivate, then you have to learn to do everything mindfully, let your practice from the kitchen.” At that time, many Buddhist terms I did not understand, a lot of virtuous and eminent cultivators’ names I was not familiar, so what her words did not mean much to me. However, there is one thing quite clear: It is essential to put down everything, and start from a new scratch in cultivation.

Well, then what is cultivation? Still not understand. Have read a lot of the books on those virtuous and eminent monks’ cultivation and comments on practice, their answers are pretty much the same, like the VM’s words: walking, standing, sitting, retiring, eating, dressing, and even burping and farting is practice. See if you could recognize it or not. All those words are wondrous and mysterious; however, they only made me even more confused. Stories, after all, are the stories; virtuous and eminent cultivators are indeed virtuous and eminent, but I could not put myself into their shoes. Anyway, I know cultivating is not a easy thing, and it should be started from some minor things.

My favorite story is the VM’s “nature as ash”. I think that old cultivator who spent twenty years to practice the dharma door of “nature as ash” really obtained some skills; otherwise he could not pass so many tests that deliberately set by the Bodhisattva, even though he finally exploded. If it were me, probably no more than 2 rounds I would have lost my temper, or even wanted to be violent. I really have no cultivation at all. Whatever dharma door we choose to practice, reciting Buddhas’names, reciting mantras, or Chan meditation if we could not change our bad temper then no matter how long we practice, we are still not a true cultivator.

The most miserable cultivator, I feel, is the immortal who was poured dirty water by the whole country and finally he vowed to kill the whole villagers. Sometimes I think, why did he not choose to leave that country? Due to his practice, leaving should not be a difficult thing to him. Why, when things happened again and again to him, he did not choose to leave?  If he fled away, then probably everything would be different. Why choose to stay? Maybe the nostalgia of the land is the reason that made the immortal eventually committed. If we do not get rid of our attachment, we would be called a true practitioner.

Once upon a time, there was a very famous general who was playing with his favorite antique cup. Suddenly the cup fell off from his hands, as soon as the cup fell down to the floor, he caught it. Recalling what happened, just that thrilling scene, the general was still sweating. He thought, for so many years, fighting in so many battles, death and live was so familiar to him, he never ever felt frightened. But why this time, for such a small cup, he felt the feeling of fright? Yes, on the battlefield, fighting for life and death, he had never been persistent over his own life and death, so he was a successful general. But now he had this antique, his favorite cup, he had his attachment, so even such a little accident; let him scared out of his wits. When the genera l realized this truth, he loosed the hands that still holding the cup, the cup fell onto the ground, broken. From then on, the general had no more attachment and he was never defeated by anyone else. That general got some skill in his practice. In our cultivation, what we want to cut off is our bad habitual behavior that generated from countless eons ago. They are so strong that we also think they are just like our blood and fresh that could not be separated. However, if we do not eradicate them, we are not truly cultivating.

When I was little, my teacher told me in ancient time, sage people would not take the food that not properly offered to them. They would like to starve to death but not taking that food.  I could not understand this kind of behavior. And I also do not understand why there were so many people praising that kind of attitude. Life is the most important thing in the world, right? Why choose to starve to death? Eat the food and live on is a better choice, isn’t that right? Be tolerate with other people’s rudeness is also cultivation, why not choose be patient? Later on, I read the story of Bo Yi, and Shu Ji. I really could not agree with their thoughts. They are the most ridiculous and stubborn men I ever heard of. Because of others’ criticize, they choose to starve to death in deep mountain. If that is the true behavior of sages, then I would like to be an ordinary person.  But now, after studying the BD, I gradually understand their thought.  If a person could truly put down everything， put down his own birth and death, separating his spirit and body, only do what is should be done, that is true cultivation.

What is cultivation? What is true practice? Gradually fathoming them, pondering on them, experiencing them bit by bit, and growing up little by little, I believe the little sea-fish could eventually find his own sea.

In the very beginning of your report, you mentioned that when you first study cooking, the vegetable you cut no piece is in a good shape, how about now?

Note: During the talk, I made a mistake in saying that BTTS has published 13 chapters, but the number of chapters is actually 23, not counting chapter 26 (the Ten Grounds), of which BTTS has published only up to the Fourth Ground. 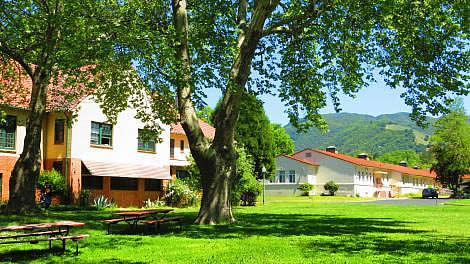 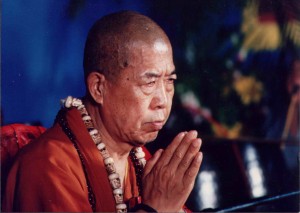